Walk the range at a tour event and you’ll see a squadron of instructors capturing video, with the teacher and player huddling to figure out which magic adjustment might make the difference between first place and 50th on a given week. It’s certainly interesting to eavesdrop on what they’re discussing—in fact, it’s why we’ve been showing swing sequences in Golf Digest since the 1950s. But hearing about Dustin Johnson’s key to hitting his 4-iron incrementally better is only going to help you so much.

What does a top teacher see when he or she looks at your swing? And what kind of things are you missing when you have your buddy shoot you from down the line during your next practice session? We asked three top teachers—Jason Guss, Jason Sedan and Tom Rezendes—for the fundamental things they look at in an initial swing lesson, and how changing your focus to those things instead of the “prettiness” of your move will make you get better way faster.

“Can we all be honest with each other and accept that virtually nobody has the genetic gifts to roll out of bed and swing like Adam Scott or Anne van Dam?” says Rezendes, who runs the NorCal Golf Academy in Walnut Creek, Calif. “The important part to remember is that you don’t HAVE to do that to play well. A trained set of eyes sees what adjustments you need to make for you to swing your best, not necessarily look like a swing model.”

1. What your face angle is during your backswing

Where the face is pointing during the whole swing might be most under-paid-attention-to fundamental in golf. “Almost every good player has either closed the face or is about to when they come out of the transition at the top,” says Jason Guss, who runs the Jason Guss Golf Academy at Hawk Hollow, in Bath, Mich. “Players who struggle don’t have it square ever, or they’re even opening it at the start of the downswing—which causes a whole other chain of events. If you’re looking at your own swing or any other, is that face angle looking down at the ground when the club is halfway down to the ground on the downswing? I like to help players get keyed in on the face instead of the wrist movements that produce it because those wrist movements are so small.

2. How your technique matches your intention

What you’re trying to can (and should!) have a huge impact on what your swing looks like. “Students send me video of swings all the time and my first question is always the same—what are you trying to do here?” says Jason Sedan, who runs Fore Door Golf at Lake Winnipesaukee Golf Club in New Hampshire. “Most amateurs record a swing on the range, and it’s just a random swing that came after a random practice swing. But every shot should have a goal, a shape and a speed at which you’re trying to swing, and rehearsals that are about that exact thing.

“The next part is that the speed you swing changes a lot of the relationships within the swing. A video of a player making a smooth swing with a pitching wedge can tell a way different story than one where he or she is smashing a driver. You want to look at the full context, not just for one move you want to tear down.”

3. The underlying cause of your main swing problem

Putting an ankle brace on for a broken finger isn’t going to be very effective. Which means you need to look for the main source of your issues. “The phrase ‘over the top’ is one a ton of amateur players read and hear about, and a lot of them accurately see it about their own swings,” says Sedan. “But the way they go about fixing it doesn’t address the fundamental reason it’s happening. You probably see it as a swing path issue, but the swing path issue is a symptom, not the problem.

“If an over-the-top swinger just tries to flatten the club in transition and swing more ‘from the inside,’ all you’re doing is creating a swing that produces weak blocks to the right. Does that ‘fix’ the over-the-top? I guess so, but it just moved the problem into a different box. If you don’t address the open clubface that produces most over-the-top moves, you’re not addressing the problem.”

A golf swing moves in three dimensions, which is hard to see on video. “You’ve heard of ‘angle of attack,’ but what does it really mean? And it’s so hard to see without a TrackMan or a trained eye,” says Guss. “But angle of attack gives a lot of clues about your bad shots. A player could be hitting these low hooks with the driver because he or she isn’t getting the weight transferred to the lead side. Ball position and swing direction work together. If you want to hit a higher shot or tend toward a fade, you adjust that ball position forward, which moves the swing direction left and the angle of attack upward.”

5. How your body segments work together to produce speed

“Most players (and a lot of teachers, to be honest) are focused on the basics—grip, posture, alignment—because those are the easiest to see,” says Rezendes. “There’s a place for that stuff, of course, and a place for launch monitor data like clubhead speed and distance, but I’m watching for a swing’s kinetics—how you produce force. What is making you do what you’re doing in your swing, and how is it impacting your shots?

“For example, how centered your thorax is over your pelvis has huge ramifications for how much energy you can deliver into the ball. And if your hip joints are working correctly in conjunction with your pelvis, that’s a major differentiator between good players and players with less skill. Good players turn ‘into’ the trail hip joint instead of rotating the whole pelvis in the backswing. That might seem like a subtle difference, but it’s why Cameron Champ hits it the way he does instead of the way you do. He’s producing more energy, not finding a set of swing positions.”

Fall is a great season for golf. The heat of summer has passed, and many courses are enjoying some of their best playing conditions of the year. Fall is also a time of transition when many important changes happen on golf courses. Here are five things every golfer should know about fall course conditions:

1. Frost delays are making a comeback.

Frost delays are a common part of fall golf throughout the U.S. While these delays can be frustrating, it is important not to walk or drive on frost-covered grass to avoid causing damage that may not heal until next spring. Remember, there may be frost at the course even if there is none on your grass at home. If you are concerned about a possible delay, call the golf shop to check on conditions before heading out the door.

2. Grass may be a little taller.

At many golf courses, superintendents slightly raise mowing heights during fall to help grass generate and store energy for winter. Leaves are like solar panels, so more surface area means more energy for the plant. The extra leaf surface also helps to maintain good playability into the late fall and winter as turf growth slows or stops.

Leaves are falling and maintenance staffs are working hard to keep playing surfaces clear. Unfortunately, it can be tough to keep up when tens of thousands of leaves may fall from a single tree. Try to be understanding if you encounter tree debris on a putting green or have difficulty finding a ball hidden under some leaves. Before your round, check to see if a local rule is in place that allows for a free drop if your ball is lost amongst fallen leaves.

Managing traffic becomes especially important in the fall because grass is growing slower and has less ability to recover from damage. Don’t be surprised if a few more ropes or traffic signs appear on the courses you play; they will help maintain good playing conditions until grass starts growing at full speed in the spring.

In areas where golf is played through the winter, some courses overseed certain playing surfaces with grasses that continue to grow during cool weather. Other facilities may use turf colorants instead of overseeding to reduce disruption, conserve resources and improve year-round playability. Some courses choose to do neither and simply accept what the grass naturally offers until spring arrives. The best approach depends on how busy a course is during fall and winter and the playability and aesthetics desired by golfers.

Using turf colorants instead of overseeding can provide the desired aesthetics with less disruption and cost.

The seasonal changes we experience on the golf course are part of what makes golf fun and challenging.

As fall progresses, golf courses may choose to implement a Local Rule allowing for preferred lies, or, as it is commonly called, “lift, clean and place.” When this Local Rule is in effect, does your score count for Handicap purposes? The short answer- yes! 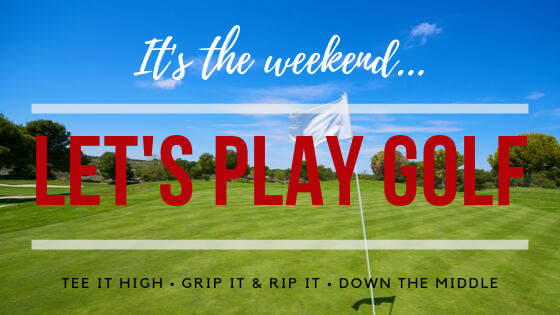 BOOK ONLINE FOR THE BEST GOLF

We all know GOLF is better with friends, why not invite them to play with you.  It is so simple…when you book your tee time online, you will be able to send an invitation to your friends to join you.

COME EARLY for a delicious Breakfast to start your day or STOP IN after your round for a cold beverage and a bite to eat!  Ellsworth Meadows’ Snack Bar offers a wide variety of items, prepared fresh daily. Breakfast is available daily until 11 a.m. Drop by any time, whether you’re golfing or not, for a great meal or one of our craft beer selections.